Wind Mitigation in Florida – A Look Back

Wind mitigation in the state of Florida is all about making sure that the home is properly protected against wind, and when you’re living in this state, it’s definitely something you have to worry about.  In our previous post we mentioned that wind is a serious problem, and as we are a coastal state, it actually makes perfect sense.  There is a long history of academicians and engineers studying windstorms.   Modern efforts to understand how to mitigate the damages windstorms can cause dating all the way back to the 1980s. 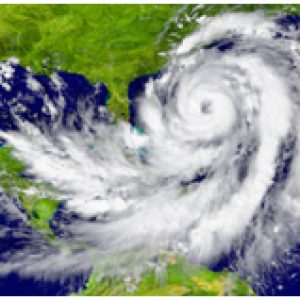 There are many factors that have impacted the implementation of wind mitigation techniques that we see today. For example, the Oak Ridge National Laboratory held two workshops in 1989 that were that spent time identifying wind uplift issues. Some of the issues discussed at this conference included:

These were several more items discussed, but another item of great concern was the lack of communication in the roofing industry regarding wind mitigation issues and a lack of coordinated effort in alleviating those problems.  Finally, at the conclusion of the workshop, the Roofing Industry Committee on Wind Issues was formed with a charter approved in October of 1990. This committee included all major roofing trade associations in North America, and identified a windstorm as a period of one minute of sustained wind speeds 95 mph or greater.

The next big event was the catastrophic impact of Hurricane Andrew.  Andrew made landfall in Homestead, Florida, in August, 1992 as a powerful Category 5 hurricane, with winds as high as 165 mph.   In total, Andrew did more than $25 billion in damage, then by far the costliest and most destructive hurricane in US history.    This greatly accelerated efforts in the insurance and construction industries, as well as regulators and governments, to understand windstorm mitigation techniques and construction features that would help protect life and property.

General horror at the state of construction quality in Homestead and other affected places in the aftermath of Hurricane Andrew led to an immediate discussion of improvements to the building code.  This led to the adoption of the 1994 South Florida Building Code.  This code went into effect on September 1, 1994, covering only the area of Miami-Dade and Broward counties.  This area was designated the High Velocity Hurricane Zone (“HVHZ”) and it became the first area in the United States to have an upgraded and improved building code for new construction that specifically attempted to harden buildings from windstorm damage.

Eventually, this effort also led (after many delays) to the creation of the 2001 Florida Building Code (“FBC”), which was finally adopted statewide on March 1, 2002.  The 2001 FBC contained upgraded sections for windstorm mitigation construction requirements, and also an updated HVHZ section to cover Miami-Dade and Broward.  From March 1, 2002, new construction in the entire State of Florida needed to meet the new requirements designed to better mitigate the effects of windstorms. 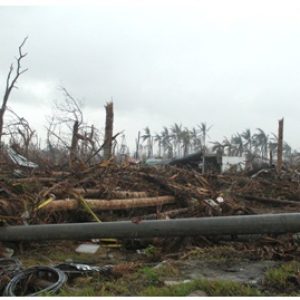 Along with the improvements to the building codes, Florida’s legislature passed Florida Statute 627.0629, which required all property insurers in Florida to recognize windstorm mitigation construction features in their residential rate filings by February 2003.   Insurers were required by the statute to provide discounts for homes that are built in accordance with the 2001 FBC or 1994 SFBC.   Discounts were also given to homes that were built prior to these codes but with similar wind-resistive features, or that had been updated to include these features via a process of retrofitting.

A study was commissioned in 2000 by Florida’s Office of Insurance Regulation (“OIR”), which was performed by Applied Research Associates (“ARA”).  This study analyzed the mountain of construction and claim information related to Hurricane Andrew and detailed the construction features that were most correlated with reduced risk.   This important study then became the basis for the discounts that were implemented by February, 2003, and have been a fixture of the windstorm insurance market in Florida ever since.

This broadly explains how we arrived at the present day’s system of windstorm mitigation construction features and insurance discounts in Florida.   In a future article, we will describe how the discounts were initially implemented, the impacts of the 2004 and 2005 hurricane seasons and subsequent challenges, and how the inspections themselves have changed over the last 12 years.